What is the 25 Year Plan for the Environment?

The 25 year plan for the environment will be a comprehensive plan for England’s natural environment from the Department for Environment, Food & Rural Affairs (Defra). It is part of the UK Government’s goal to be the first generation to “leave our environment in a better state than we found it”.

The plan will set out the government’s approach to maintaining and enhancing the natural environment over the next 25 years. It will focus on connecting people to nature, properly valuing the environment, and making global environmental ambitions relevant to local situations. The plan will be very broad in scope: it will cover cleaner air and water, public forests and woodland, marine protected areas, species protection, administrative and governance issues.

What is the ‘framework’ for the 25 Year Plan?

Defra initially committed to publishing a framework for the 25 year plan in summer 2016. This was delayed after the vote to leave the EU and subsequent changes to government.

The framework will set out the key principles and directions of the plan. Given that the idea of a 25 year plan was first put forward by the Natural Capital Committee, it is likely that the idea of ‘natural capital’ will feature prominently in the plan.

The Secretary of State has committed to trying to identify good practice and innovative solutions through four ‘pioneers projects’ focusing on urban, river, coastal and landscape settings.

Defra is now expected to launch the framework for the 25 year plan by the end of 2016.

How does the 25 Year Plan relate to Brexit?

The vote to leave the EU has forced a rethink of some of the content of the 25 year plan. In fact, it has made the plan even more important, since it must now set out the direction of the government’s environmental policy once the UK is no longer a part of the EU.

Although we have been told that the Great Repeal Bill will ‘bank’ all existing EU-derived legislation at a snapshot in time, this is only the first step. The loss of the EU frameworks, processes and institutions means that there is now much more to be considered.

The implication of the Great Repeal Bill is that at some point in the future, some of this legislation will be reviewed and amended or repealed. The 25 year plan could set out which laws may be subject to further scrutiny, and what the process for this scrutiny will be.

Leaving the EU also means that the UK must now devise its own agricultural policy. Previously, this was covered by the EU’s Common Agricultural Policy. Drawing up a new agricultural or land management policy is a chance to ensure that public money is invested in public benefits. However, it is unclear whether anything on this will be included in the 25 year environment plan.

Will the 25 Year Plan have a public consultation?

We expect a public consultation on the framework, but the exact format of the consultation process is not yet clear. ClientEarth, along with other NGOs, will campaign to ensure that people’s voices are listened to, and to make the plan as strong as possible.

How can the 25 Year Plan best protect nature?

ClientEarth wants a plan that is ambitious, robust and empowering.

To be ambitious, the plan must set clear targets for the state of the environment in 25 years’ time. These targets must build on existing international and national commitments, and must seek to restore and enhance our amazing natural world.

To be robust, the plan must have clear accountability mechanisms. There must be a way for the government to be held to account if it is not on track to meet the targets and ambitions of the plan.

To be empowering, the plan must dedicate adequate public funding to be spent on restoring and enhancing our natural environment. It must also involve people in the plan, and find ways to make sure that people are better connected to nature, both in cities and in the countryside. 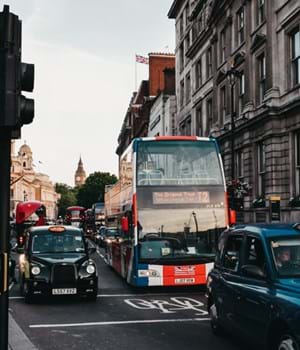