Energy bills have skyrocketed across Europe in 2022 which means that many will face a cold and unaffordable winter. Our lawyer Thomas Burman is an expert in energy systems. We sat down with him to talk about the current situation and what can be done in the short and long-term to address the situation.

Why are gas and electricity so expensive in Europe right now?

There are many reasons, but almost all lead back to a single cause – our overreliance on fossil fuels, and especially fossil gas.

Most of the increase that we have seen in fossil gas prices can be attributed to simple supply and demand – we are heavily dependent on fossil gas to meet our energy needs, but there is just barely enough available. As Europe began recovering from the COVID-19 pandemic in the summer of 2021, this created a huge increase in gas demand, and supply could not keep up. Next, Russia – until recently Europe’s largest fossil gas supplier by far – began using gas as a political tool. After its invasion of Ukraine, Russia cut off most supplies to European markets altogether. Speculation about deeper cuts to Russian gas, and strong competition for global LNG supplies to fill European storages, have increased prices even more. Although prices have levelled off a bit from their extremes a few months ago, we are likely looking at sustained high prices for the long term.

And because electricity is a uniform good (the final product is the same whether it is produced with gas, coal, or renewables), it also has a uniform price. In other words, the high costs required to produce electricity with fossil gas set the price for all other electricity produced at that same time. Although this may seem odd, it works the same way for all other uniform goods. Take milk, for example. Even though different farmers incur different costs to produce milk, you generally see the same price at the supermarket. That’s because all farmers will sell their milk at a price that is equal to the costs incurred by the most expensive producer – up until supply meets demand.

What do you expect will happen this winter?

Unfortunately, what will happen this winter remains uncertain. Europe has so far scrambled to find fossil gas elsewhere to meet demand and fill storages but supplies from these sources are mostly maxed out and remain uncertain. Therefore, much will depend this winter on how well we can keep our fossil gas demand in check. If we reduce and adjust our energy (especially fossil gas) consumption where possible, while also doing what we can in the short term to improve efficiencies and source energy from cleaner and cheaper alternatives, then we can avoid deepening the crisis. These efforts become even more important if we have a cold winter, or if Russian fossil gas supplies are cut off altogether.

Of course, many households and businesses are already doing what they can to reduce their energy consumption, and it simply isn’t possible in most cases in the short term to turn away from fossil gas to cleaner alternatives or to undertake significant efficiency retrofits. Therefore, a lot will also depend on how well governments respond to the crisis by providing essential emergency relief, which is targeted first to those who are suffering the most.

What needs to change in order to alleviate the burden on households in the short-term?

People are struggling to pay their energy bills, that’s the reality across Europe. The most important thing governments can do in the short term is provide targeted relief to the most vulnerable – understanding that this group includes many more people than before the crisis. Vulnerable households are suffering the most, as they spend proportionately more of their income on energy. They are also less able to insulate their homes or make investments which could help shield them from higher prices for the long term.

Lump sum payments, vouchers to cover energy bills, and financing tied specifically to energy efficiency upgrades or heat pumps are all good examples of targeted income support that should be implemented. Some of these interventions are easier to deploy in time for this winter than others. Governments can also provide price support, which is focused on reducing the price of gas and electricity (through, for example, reducing taxes and network fees or freezing retail tariffs). However, governments should exercise caution in providing this type of support, since it is more likely to increase our consumption of fossil gas.

Strangely, some governments want to expand fossil gas extraction and construct new major fossil fuel infrastructure in response to the immediate crisis. Certainly, we must do everything we can to ensure that fossil gas supplies are used as efficiently as possible but more fossil fuels is not the solution. Opening new areas for fossil gas development and building new fossil fuel infrastructure will generally take years to complete and will lock us further into the energy source that got us into this mess in the first place. These actions do not address the immediate crisis, and they divert funding and attention away from measures that would actually help for this winter.

Many governments are also proposing different methods to cap gas and electricity prices, or the revenues earned from selling gas and electricity. These measures can do a lot to alleviate the impacts of the crisis, especially if countries use this money to help pay energy bills or to accelerate the roll out of renewables and energy efficiency measures to reduce prices for the longer term. However, these must be limited in time and protected from manipulation, since they can have major unintended structural consequences, like causing energy shortages.

Windfall profits taxes are also being implemented on fossil fuel companies which have made an extraordinary amount of money due to high fossil fuel prices. It is critical that the revenues which governments collect from these taxes do not go toward increasing our dependence on fossil fuels even further (for example, through spending more money on even more fossil fuel infrastructure), but instead are spent on efforts to support households and businesses through the crisis and accelerate the clean energy transition.

What needs to happen in the long-term so it doesn’t happen again?

This means massively ramping up the deployment of renewables without harming nature and the environment, and electrifying end uses that depend on fossil gas, like heating.

It also means focusing on energy sufficiency – reducing consumption to ensure that all have access to a fair amount of energy.

We must also greatly increase our ambitions around energy efficiency, accelerating the rate at which we retrofit our homes and industry.

And finally, our demand must become more flexible – we must be equipped with the tools and incentives to allow us to consume energy more when it is cheaper to do so, and to reduce our consumption when energy is more expensive.

What are we doing about it?

We have worked for years for a cleaner, cheaper and fairer energy system. Our efforts are focused on reducing our reliance on fossil fuels, including fossil gas, in favour of creating clean, affordable, and secure energy systems consistent with the goals of the Paris Agreement.

For example, we are challenging recent decisions by European institutions which will cause more public and private financing to be directed toward the harmful expansion of fossil gas systems, when gas systems should instead be decreasing in size, in favour of electrification. This includes a challenge to stop the EU labelling fossil gas as ‘sustainable’.

We have also started legal action against the EU for supporting 30 gas projects across Europe. And we are advocating for fairer policies which remove the fossil fuel industry’s dominance in energy system planning, ensuring people have a greater say in these processes.

Lastly, we have been pursuing legal actions aimed at eliminating the dominance that certain large companies have in our electricity systems, which will unlock more opportunities for renewable energy communities and the public to take control over how their energy is produced and consumed. 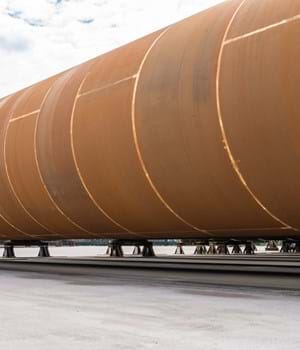 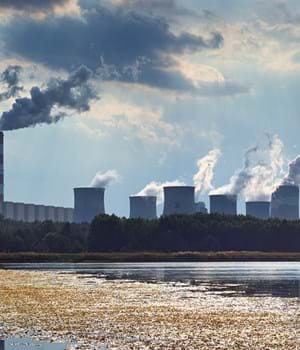 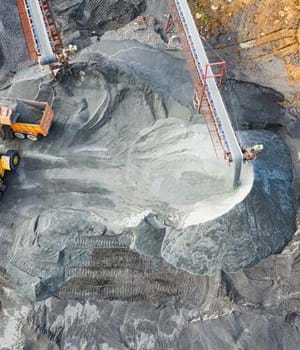