Is plastic affecting the ocean as a carbon sink? We ask Tatiana Luján

We rely on the planet's oceans to absorb vast amounts of harmful CO2 produced when burning fossil fuels. But the staggering amounts of plastic waste pouring into our oceans are having a negative effect on its ability to do so.

ClientEarth lead plastics lawyer, Tatiana Luján, works with her team to reduce the use and distribution of single-use plastics, and to hold plastic producing companies accountable for the environmental issues they contribute to. We sat down with her to talk about how plastic waste in the ocean is negatively impacting its role as a natural carbon sink, and what she and her team are doing to help.

What is the role of the ocean in the carbon cycle?

“Around 50% of the oxygen we consume comes from the ocean, and most of that comes from algae that we can’t see. The algae is present on the surface of the ocean, which, along with kelp forests and seagrass meadows, captures carbon from the atmosphere and releases oxygen. Another way in which the ocean plays a part in the carbon cycle is how it allows carbon to sink. There are types of algae and phytoplankton that eat things from the water’s surface, or ingest them through the air they breathe, and so the carbon they eat gets captured, and sinks to the ocean floor when excreted. With all the pressure of the weight of the ocean on top of it, it stays captured.”

How big a problem is plastic in our oceans?

“It’s a huge problem. You can find plastic in the Mariana Trench – the deepest oceanic trench on Earth. In 2016, an estimated 11% of the world’s plastic waste (about 19 to 23 million metric tonnes), entered our rivers, seas and oceans. The Ellen McArthur foundation have predicted that by 2050, there will be more plastic than fish in the ocean, and that is turning out to be an underestimation.

It’s not only a quantity problem. Plastic kills or endangers all sorts of wildlife. There are more than 100 species of birds threatened because of plastic, as they mistake it for food, eat it, feel full and then starve. Plastic also affects invertebrates – when oysters eat plastic for example, their immune system is weakened and so is their external shell, so it’s easier for them to get eaten by predators.

When it comes to animals like porpoises and dolphins, their endocrine systems are disrupted by the plastic they ingest, which can change their behaviour and development. The population of porpoises in the Baltic is currently endangered, because there is so much chemical pollution in the water that most of the females are now sterile. Some of that pollution is linked to chemicals that are either in plastic or part of the lifecycle of plastic. When one of these species is affected, whether the birds, oysters or porpoises, the whole ecosystem and how it functions is affected too.”

How does plastic in the ocean affect its ability to act as a carbon sink?

“Plastic makes phytoplankton excretion more buoyant, so it floats more and is slower to sink. The slower it sinks, the more time carbon has to escape back into the atmosphere, so the capture cycle isn’t functioning properly. When we think of plastic, we might think of plastic bottles, but there are so many types of micro and nano plastics present on the surface of the ocean too.

Something else being explored is the role of whales in carbon capture – they store a large amount of CO2, and support the growth of phytoplankton. It’s estimated that the average great whale will accumulate around 30 tons of CO2 during its lifespan, and when it dies, it sinks to the ocean floor, trapping that carbon for hundreds of years. Plastic poses a lethal threat to whales – through ingestion, entanglement and a build-up of pollutants – and if whales are dying sooner than they should, they are capturing less carbon.

Which other human activities damage the ocean’s ability to store carbon?

“Trawling is another huge problem. Carbon in the ocean is captured when it sinks, but it is only really captured if it stays sunk. With bottom-trawling, huge nets are used to sweep the ocean floor, so all the sediment that was on the ocean floor gets disturbed and lifted, and all the carbon that was captured in it gets released. It also destroys vegetation, like algae, that lives on the ocean floor and captures carbon. Trawling is terrible for climate mitigation, especially trawling within the first six miles of the shore where most of the algae is.”

What is ClientEarth doing to help?

“At this point we could be thinking that we need to sweep the oceans and clean everything, but we don’t believe that’s the way to solve this. That would be like trying to empty an overflowing bathtub with a teaspoon, when the tap is still on full. So we’re trying to close the tap of plastic pollution by reducing unnecessary single-use plastic and restricting plastic to its most essential applications. We’re also trying to stop the expansion of plastic production around the world.

We have ongoing actions, like our campaign to stop the expansion of chemical company INEOS’ plant in Antwerp. We’re also trying to change the laws around the use and production of plastic, so that we limit the amount of single-use plastic that we consume, and ban some of the most harmful plastic applications that there are.

We work within a movement of NGOs called Break Free From Plastic, and together we had a great impact on how Europe’s flagship law on plastics, the Single Use Plastics Directive, was drafted. One huge achievement of the movement was the ban of oxo-degradable plastics (plastics that breakdown easily and are often used in plastic bags) in the Single Use Plastics Directive, and the inclusion of so-called ‘biodegradable plastics’ within its scope. We’re now working to make sure that EU countries do not water down the Single Use Plastics Directive when incorporating it into their national legislation. We’re also working on the reform of the Packing and Packaging Waste Directive. 60% of plastic waste in Europe comes from plastic packaging, so if we reduce unnecessary packaging, we will have a huge impact on the amount of plastic going into the ocean.”

What have been some key successes of 2020?

“Definitely the injunction against INEOS. We took legal action against the project, arguing it was given the go-ahead without fully considering its environmental and climate impacts.

Whilst our legal challenge continues, INEOS got approval from the Flemish authorities to cut down woodland to make space for the plant. Deforesting before the project was approved could result in the trees being cut down and wildlife and habitats being destroyed for nothing. Together with 13 environmental organisations, we filed for an injunction to stop the forest clearance and the court blocked the permit – preventing the needless destruction of the forest. There’s still more work to be done of course, and we will continue to pursue this case in 2021."

What will you and your team be working on in this coming year?

“We’re going to start scoping a separate action at a petrochemical cluster in Sweden, which is near a Natura2000 site. Natura2000 sites are the most important protected areas for biodiversity in Europe, and this site is very important for natural diversity in the Scandinavian region. It is home to lots of birds, and the petrochemical plant is leaking plastic pellets onto the site. The birds are eating them, thinking they’re fish eggs, and so all the other organisms are being affected as well. The danger beyond the pellets being eaten by animals is that they carry the toxic chemicals used in the production process. So those chemicals accumulate in the ecosystem. We’re going to work to make the Swedish government take action on this.

We’re also going to use corporate disclosure laws and consumer protection laws against fast-moving consumer goods companies in Europe that make misleading claims about their plastic products. For example, many companies in France started saying that their disposable cups and plastic forks were reusable in order to continue selling them, which is not true.

From a corporate standpoint, we want to ensure investors looking to make sustainable investments have the necessary information to compare companies, and decide where to put their money. Many fast-moving consumer goods companies are under obligation from the Non-Financial Reporting Directive to disclose their climate and environmental footprint, and any business risks associated with the environment. Many companies don’t offer a real disclosure however, just glossy brochures which highlight their ‘green initiatives’, and don’t mention the huge pollution they’re producing. So we want to file complaints saying that these companies are not complying with the directive properly and need to be sanctioned.” 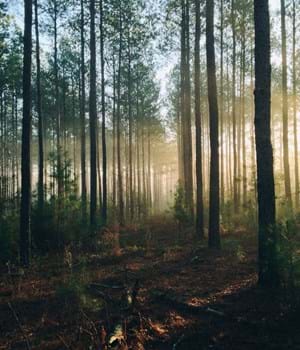 What is a carbon sink? 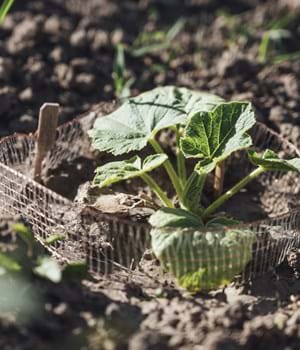 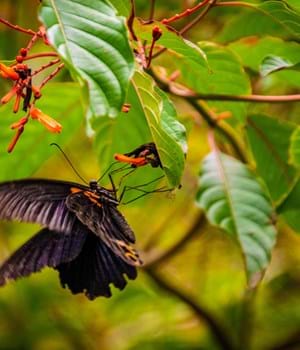