The EU Parliament just gave its final approval to a landmark reform of EU access to justice laws. It lifts the main barriers preventing NGOs and people from challenging environmental wrongdoings in court.

This great news for environmental defenders follows a decade-long ClientEarth battle to improve access to justice rights at EU level. But why is it so important and what does it actually mean? Will this help to bring cases against climate change and biodiversity loss?

We sat down with Anne Friel, environmental democracy lead lawyer at ClientEarth to find out more.

What is access to justice and why is it so important?

"Access to justice is a fundamental right in every democracy. It represents the ability for members of the public to challenge institutions and public authorities when they take decisions that break the law.

These public authorities, in the EU itself and the Member States, take a lot of decisions that affect the environment and the everyday lives of people everywhere. But of course they’re not infallible: quite often they take decisions that break environmental laws. So that is why civil society and individuals need to have the right to take the authorities before independent courts, so they can review their decisions and make sure they’re lawful.

This is crucial for environmental NGOs like us. We need to have access to courts to be able to challenge public authorities and really hold them to account. This right allows us to carry out all our litigation work to enforce environmental law – like challenging the Brussels regional government for its unfit air quality plans for example. But until now, there have been many barriers stopping the public from brining cases against the EU institutions.

Unfortunately, access to justice is a right that’s often overlooked and not properly implemented in national or EU law. That’s despite being guaranteed by the European Convention for Human rights and the EU Charter of Fundamental Rights as well as the Aarhus Convention, which is an international treaty that gives specific environmental democracy rights to members of the public."

Our work is only possible thanks to your support - donate today

What is the Aarhus Convention, and why is it revolutionary?

"The Aarhus Convention is an international treaty signed in 1998 by all the EU member states as well as the EU in its own right, but also a number of countries from the wider European region and also Central Asia. It enshrines the public’s right to access environmental information, public participation in environmental decision making and access to justice.

It’s revolutionary because most international environmental treaties deal with interstate relations, so the obligations that countries owe to each other. This one is quite special because it provides rights for members of the public and it has mechanisms which allow individuals and environmental NGOS to actually enforce those rights against their own public authorities, including EU institutions.

It recognises that by giving these fundamental rights to individuals and NGOs to protect their environment, governments take better decisions, they’re held accountable and there is better public acceptance of higher environmental standards. Basically, empowering people helps to protect the environment."

Why did you bring an access to justice case against the European Union?

"The EU formally approved the Aarhus Convention in 2005 and was therefore obliged to grant access to justice, in law, to environmental NGOs and members of the public to be able to challenge decisions of EU institutions before the EU courts.

However, in reality that obligation was effectively ignored until this year. There has been very limited access for environmental NGOs and people to protect the environment.

When ClientEarth opened its office in Brussels in 2008, one of the first things we did was to bring the matter before the Aarhus Convention Compliance Committee (ACCC), saying that the EU was in breach of its obligations and had to do something to put that right. In 2017, the ACCC agreed with us and found the EU to be in breach of its access to justice obligations. This is what prompted the EU to start reforming its access to justice laws."

What does the reform change?

"When the EU ratified the Convention, it realised it had to do something to allow people and NGOs to take cases in front of the EU courts. So in 2006 it adopted an EU access to justice law called the Aarhus Regulation, which created an “internal review mechanism”. This was supposed to allow NGOs to ask EU institutions to reconsider their own decisions on the basis that they break the law, and to bring the matter before the EU Courts if the institution refused to do so. But it was very badly done. Basically, they set up a mechanism but made it virtually impossible for anyone to use it! So that’s the problem we faced for a number of years.

With this reform, the EU modified the internal review mechanism to make it fit for purpose. So finally, people and NGOs will now be able to use this internal review to tell the Commission or any institution: “your decision breaks environmental law, you must reconsider it”. And if the institution refuses, we will be able to go before the Court of Justice of the EU, which is the final arbiter of that question.

It opens a dialogue between civil society and the institutions and enables us to hold the EU institutions to account to ensure they actually apply, enforce and comply with the environmental laws that the EU legislators pass."

Does that mean that everyone can now bring cases? Are we going to see a surge in climate cases?

"This autumn, when these revised laws come into force, individuals for the first time will be able to access the internal review procedure but there are some very stringent conditions attached. At least it will be much easier for environmental NGOs to bring these cases before the Court of Justice.

I’m sure will see some climate cases, which will be very welcome. But there are some limits to internal review. It can only be used to challenge administrative decisions of the EU but not EU legislation itself – like the EU climate law for example And members of the public are required to bring enough evidence to show why the decision breaks the law. This isn’t always easy. We also still have a lot of questions about the extent to which the Court will undertake an in-depth review of these decisions and the possible legal remedies.

However, that doesn’t mean it won’t have a big impact on fighting the climate and biodiversity crises because the EU takes many decisions that really have a big impact on the environment across the whole territory of the EU and beyond. These include decisions on emissions limits, endangered species and habitats, fish stocks, energy infrastructure, sustainable investments…there are countless examples."

This is a success, but does it mean the access to justice problem is solved?

"We now have relatively strong access to justice rights at EU level and in the Member States. But this doesn’t mean they are always respected or that everything is perfect.

Unfortunately, the EU carved out an exclusion in the newly revised Aarhus Regulation that means that civil society will not be able to challenge decisions that authorise State aid that breaks environmental law. This is really disappointing because now is the time that we really need to ensure that the EU lives up to the Green deal, also in the way that it spends our money. We need to be in a position to ensure a just transition away from the most polluting industries within the next decade.

We’re also seeing the UK take steps that may lead to the erosion of access to justice rights, which is worrying because it no longer has the EU enforcement mechanisms.

One thing is sure, though: we will keep fighting to enforce this right to protect our planet, as it is more crucial than ever."

More on our work to claim these rights 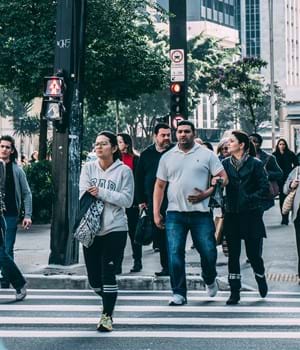 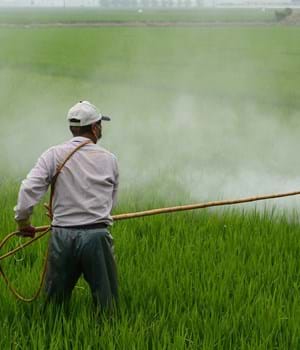 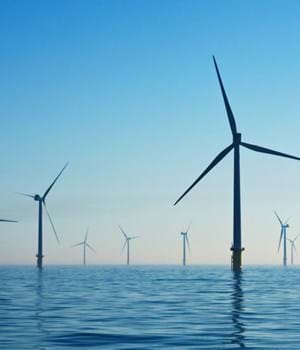