What are microplastics and why are they a problem?

Microplastics are plastic pieces that measure less than five millimetres across.

Some microplastics have formed by breaking away from larger plastics that have fragmented over time – think debris from tyre wear. Others have been made small intentionally, for example cosmetic microbeads used in facial scrubs.

The number of consumer and commercial products with intentionally added microplastics is massive: cosmetics, detergents, paints, medicines, nappies, pesticides – the list goes on.

Over time, these tiny particles end up flooding into our environment.

Get updates on our work tackling plastic pollution

Why are microplastics bad?

We’ve known for years that microplastics are problematic, but more and more studies keep emphasising just how much of an impact they are having on the environment and our health.

Microplastics are extremely persistent, which means it is almost impossible to remove them from the environment where they accumulate. Due to their persistence and the chemicals they are made of, studies suggest they can be highly detrimental to the organisms they come in contact with, including by causing reduced feeding, poisoning and increasing mortality. They also tend to facilitate the transfer of contaminants along the foodchain, with potentially grave consequences for human health.

Scientists have warned that the situation is out of control. They have found microplastics pretty much everywhere they have looked for them: on mountains, in the ocean, in the Arctic sea ice, and in our air, drinking water and bodies.

Stopping the flood of microplastics

Policymakers have started to take action to stop microplastic pollution. In 2018, the UK banned all products containing microbeads.

EU policymakers decided to go further and in 2019, upon request from the European Commission, the European Chemicals Agency (ECHA) prepared a proposal to ban a number of intentionally added microplastics.

Their intention is to reduce intentionally-added microplastic pollution by nearly 400,000 tonnes from 2030 to 2050.

The initial proposal has gone through several rounds of public consultation and scientific assessments, inviting feedback from a range of actors, including industries who have an interest in keeping us hooked on plastic.

The restriction is now in the hands of the European Commission who was expected to present a final proposal based on ECHA’s assessment back in May 2021.

ClientEarth lawyer Hélène Duguy said: “With the loopholes we’re looking at, an ever-increasing volume of microplastics will keep on flooding into the environment. Once there, they persist and accumulate – hence the need to turn off the tap as fully and quickly as possible.”

Our lawyers, alongside environmental experts from the European Environmental Bureau (EEB), the Rethink Plastic Alliance and other partner organisations, have kept a close eye on the different versions of the proposed ban and compiled their thoughts in a position paper.

While they think the agency did a great job in collecting and analysing the evidence on the unacceptable risk posed by microplastics to the environment, they think the proposal ultimately comes up short. That’s because of a series of exemptions, insufficient requirements and unjustified delays that risk jeopardising the overall effectiveness of the final restriction.

Despite the initial intention, not all intentionally-added microplastics are covered. The proposed ban would give a free pass to smaller-sized microplastics, so-called “biodegradable” microplastics and soluble polymers. This might lead companies to replace the microplastics they use now with nonsensical substitutes – instead of removing them – not helping to reduce the amount of microplastic pollution overall.

Some of the exemptions are hard to fathom. The current ban would not apply to microplastics in continence pads, menstrual pads and nappies, despite these being in direct contact with the human body and a known source of marine pollution.

And then there are those products that will be subject to the ban but only years after it comes into force. One example is the restriction for leave-on cosmetics which would only enter into force in 2028, while well-known alternatives already exist.

The proposal is now in the hands of the Commission’s industry department, which has not always shown ambition on chemicals policy. The Commission has until May 2021 to draft the restriction text, which will then go to a vote of member state experts. The European Parliament and Council of Ministers then have three months to object, but rarely do.

The cost of delays

The EU’s intention to restrict intentionally-added microplastics dates back to 2017 – but it has so far failed to come into fruition. Under usual procedure timings, a draft restriction should have been proposed in May.

However, the European Commission has confirmed that the proposal will be postponed until next year, without providing a clear timeline.

Our new analysis with EEB shows that one additional year of delay could see emissions of around 42,000 tonnes worth of microplastics emitted into the environment, equivalent to 1.6 billion plastic bottles.

Since 2017, when the Commission first signalled its intention to restrict intentionally-added microplastics, approximately 170,000 worth of microplastics – or 6.4 billion plastic bottles’ worth – are estimated to have already been released in the environment.

Hélène said: “The Commission keeps on mentioning the restriction in speeches, but has delivered nothing yet. Meanwhile, microplastics are wreaking havoc on our environment.” 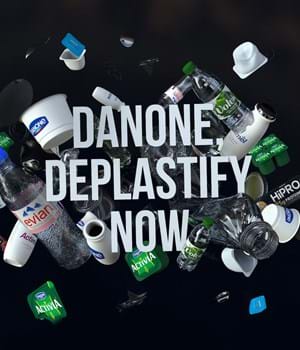 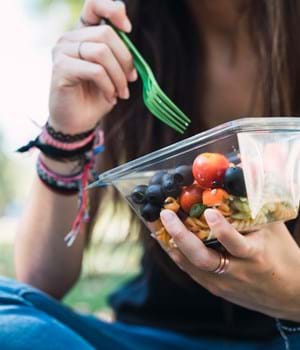 We are taking action against a global supermarket giant on plastics 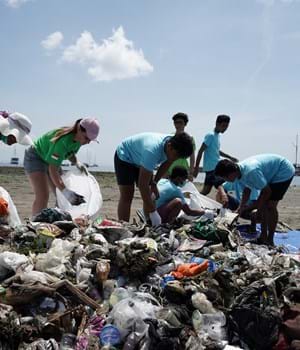