In our first official agriculture case, we are taking legal action against Italian authorities.

Lake Vico is a protected nature site and a source of drinking water for local cities. Legend has it that the Greek hero Hercules thrust his club into the ground to create the lake and the wooded basin in which it sits.

The area, rich in biodiversity, consists of many protected areas, parks and natural reserves. Its habitats and species are so important that Lake Vico is classified as a Natura 2000 site – a network of areas protected by the EU.

However, despite its idyllic appearance, the lake’s water is far from heavenly. It’s being wrecked by catastrophic pollution from intensive hazelnut farming in the Lazio region.

Intensive hazelnut farming has been occurring in the area around Lake Vico for the past 50 years and has replaced the diverse crops that used to be grown in the region. This type of farming prioritises maximum productivity, which means fertilisers and pesticides are used in abundance to guarantee the largest amounts of hazelnuts are cultivated each year.

Ferrero Group (known for manufacturing chocolate and confectionery products such as Nutella) has heavily invested in the region to boost productivity and become the main third-party purchaser.

Intensive hazelnut farming in the surrounding region now covers more than 21,700 hectares and has led to a dangerous quantity of fertilisers entering the lake.

The continuous build-up of these fertilisers has created toxic conditions in Lake Vico, harming and killing off nature and wildlife and making the water – normally used for public consumption – undrinkable.

This is why, together with our partner Lipu-Birdlife Italy, we are challenging the Lazio region, the Water Service Authorities and the municipalities of Ronciglione and Caprarola near Rome for failing to comply with EU and national laws and take steps to protect Lake Vico and the people dependent on its resources.

Our agriculture lawyer Lara Fornabaio said: “The Italian authorities’ failure to protect this site and its biodiversity from agriculture pollution means they are sacrificing nature and jeopardising people’s health.

“It’s the duty of public administrations to make sure that their lands remain fertile and healthy for generations to come. But by allowing these intensive agricultural practices to continue, they are failing to take their role as custodians of the area seriously.”

“If we want to be able to successfully farm into the future, we need the public administrations to step in now to stop the area and its biodiversity from degrading irreversibly. If they don’t, intensive farming is going to wreck nature’s ability to provide for communities in the years ahead – and it’s depriving residents of safe drinking water today. That's why we’re taking action.”

The environmental and health impacts of intensive hazelnut farming are not unique to Lake Vico, but widespread across the region. Lake Bolsena – Europe’s largest volcanic lake and a popular tourist destination – also suffers from agriculture pollution, which has begun to degrade the environment and the quality of the water.

Federica Luoni, agriculture officer from Lipu-BirdLife Italy said: “The case of Lake Vico is the perfect example of how intensive monoculture farming is damaging one of our most important national assets – our biodiversity, which provides essential ecosystem services like drinking water and soil fertility. But the lake also provides us with something less tangible – the richness and variety of the landscape which is the heart of our country.

“Authorities at all levels must take responsibility for putting limits on a land use model that has devastating consequences for habitats and species, and instead move us towards diversified systems that restore a harmony between farming and nature.”

The public authorities have not identified an alternative source of drinking water for the inhabitants of Ronciglione and Caprarola. In reality, what this means is that residents still receive the water in their homes but are not allowed to directly consume it. So instead of turning on the taps, they are forced to buy all their bottled water, or go to neighbouring villages to collect it in bulk.

We believe that building resilient and sustainable food systems is key to creating a stable climate, a healthy planet and a safe environment for people. We know that intensive farming puts immense pressure on our natural world.

Lara added: “If we want to be able to successfully farm into the future, we need the public administrations to step in now to stop the area and its biodiversity from degrading irreversibly. If they don’t, intensive farming is going to wreck nature’s ability to provide for communities in the years ahead – and it’s depriving residents of safe drinking water today. That's why we’re taking action.”

More of our work

We've issued legal warnings to Nestlé, Danone and others over plastic 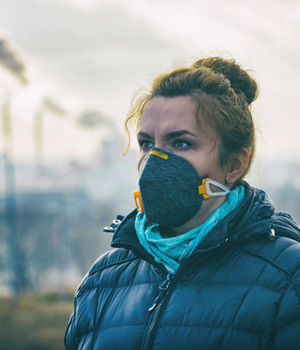 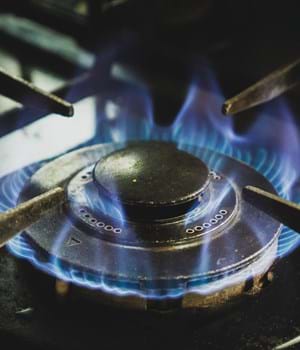