We’ve had good news for nature this week. Ineos have announced they have suspended plans to develop an enormous new plastics plant in Antwerp, saving masses of woodland from deforestation.

Just a few months ago, we took emergency legal action against petrochemicals company Ineos, over their plans to develop a giant plastics plant expansion on the Port of Antwerp. The project risked adding more plastic to an already saturated market, as well as causing irreversible damage to the surrounding area, through deforestation of woodland, protected for its wildlife, as well adding to the unsolved plastic pellet crisis affecting Antwerp’s shoreline and nature reserves .

We won an injunction against Ineos in November over a lack of sufficient investigation by the authorities into the environmental impacts of two new planned units. Our ongoing court case, launched a few months before this, highlights the disastrous climate impacts of using fossil fuels to manufacture plastics.

Now, in a major win for the environment, Ineos has announced the plans for one of the two units have been suspended indefinitely. A spokesperson cited a challenging market, with demand for propylene plummeting.

Our plastics lawyer, Tatiana Luján said: “Antwerp has been suffering a major plastic pollution problem and adding further production capacity to Ineos’s existing facilities was only going to intensify it.

The news of the suspension of this unit is a relief for anyone concerned about the plastics and climate crises.

“The news of the suspension of this unit is a relief for anyone concerned about the plastics and climate crises, but it’s also overdue. The sheer breadth of the environmental implications of this project mean that it should have been a no-go from the planning stages. We will continue to fight to overturn approval for Project One.”

Plastics: A Carbon Copy of the Climate Crisis

Project One – doomed from the start?

Luján said: "We regret that the project was allowed to advance this far as this U-turn could now mean job losses. The world is changing, policy by policy, and carbon-intensive industries are going to find it harder and harder to stay afloat. With plans for this unit now on ice, there is serious doubt over whether it will ever be built.

“It's been well known throughout Ineos's planning process that plastics oversupply is a market-wide issue – the fossil fuels industry is volatile and vulnerable and these risks are clear.”

We will continue our fight against Project One in court, as Ineos is now focusing on the second unit, a climate-damaging ethane cracker. Our injunction prevents any felling of woodland or construction activity and remains in force until our court appeal is concluded.

Photo by Alex Duffy on Unsplash 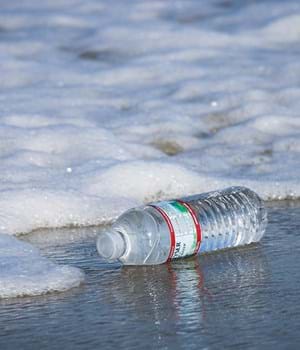 A first win in our plastics fight in Antwerp 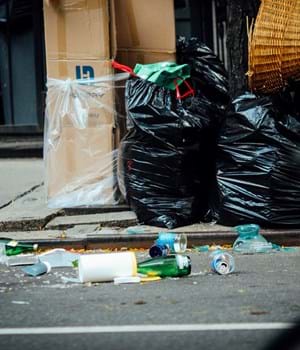 The risky business of plastic