Everything you need to know about COP27

This November, COP27 is set to kick off in Egypt. But what is COP27 and why is it important?

COP – or Conference of the Parties – is the United Nations conference on climate change. It takes place every year and will bring together around 200 countries to present their plans to reduce carbon emissions. This year is the 27th conference so it is known as COP27.

Why is it important?

In the last year since COP26 we saw the hottest day ever in the UK, devastating floods in Pakistan and disastrous weather across Africa – all extreme weather that we know is the result of human activity.

Temperatures have already risen 1.1C but if this creeps up to as far as 1.8C, the IPCC (International Panel on Climate Change) estimates that half the world’s population could be exposed to life-threatening heat and humidity. To prevent this, 194 countries signed the Paris Agreement in 2015, pledging to limit global temperature rise to 1.5C.

COP27 is a chance for all countries invited to present and discuss their updated plans to reduce carbon emissions and reach net-zero by 2050. We’ll also hear from environmental charities, community groups, think tanks and businesses taking part.

There is a lot of jargon at COP events

Here are some of the most common terms you’ll hear and what they mean.

Loss and damage: One of the themes at COP27, defined as the negative impact of climate change that is happening today, and it is the current injustice for our generation.

Just transition: A just transition aims to ensure that the economic opportunities and losses from increased climate action are shared fairly between countries and communities.

Carbon budgets: The amount of carbon that can be emitted over a period of time whilst keeping global temperature rises within a safe limit.

What do we want to see from COP27?

The Paris Agreement is legally binding so we want to see ambitious plans to meet these commitments, followed up by action. The discussions at COP27 this year will take place in the context of three overarching themes:

All nations at COP26 last year were obligated to ‘revisit and strengthen’ their 2030 climate plans. Only 23 of the nearly 200 countries that signed the Pact have submitted increased pledges. The world’s biggest emitters, in particular, must up their plans to reduce emissions to put the world on track to limit global temperature rise to 1.5C.

Emissions reductions sit at the core of climate action and countries must now deliver on their obligations to produce greater ambition in reducing emissions and put us on track for a net zero future.

If they fail to deliver the funds, it will leave less developed countries rightly questioning why they should make and deliver on commitments to tackle climate change, when those most responsible for the climate crisis fail to keep their promises.

Because we have failed to reduce emissions swiftly communities across the world are facing up to the impact of climate change today. Forty per cent of the world’s population live on the frontline of the climate crisis.

Since COP26 last year, we’ve seen flooding and devastating tropical storms across Africa, floods in Pakistan that have affected 33 million people and damaged or destroyed 1.7 million homes and a record summer of high temperatures and wildfires across Europe.

The issue of “loss and damage” has been discussed for decades and while it has been treated as a side issue at previous COPs it is emerging as one of the most critical topics at COP27.

This is an opportunity for world leaders to take proactive steps, provide the money needed to make the transition to net-zero and put their commitments into law.

What happened at COP26? 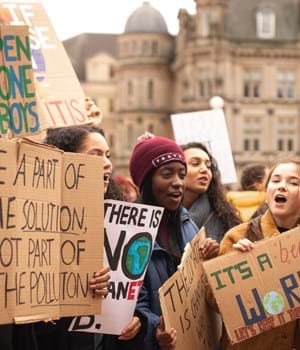 The verdict from the COP26 climate summit 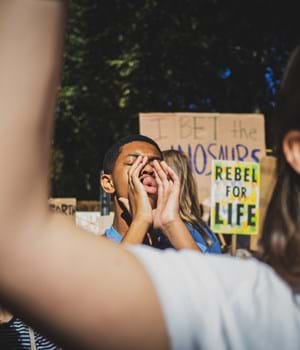